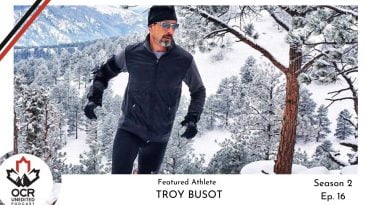 OCR Unedited welcomes runner, marathoner, founder & CEO of Athlinks, Troy Busot. Troy has always been athletic. He was a short distance runner and a wrestler. Now at 49 is starting to enjoy the long distance running and currently training for a long distance event. Troy started his career as a graphic designer and programmer until he had an idea to create a platform where people could track their race results in one place. He called it Virtual Race, which soon after, would became the globally used platform, Athlinks. In this episode, Troy talks to us about how he got started in athletics, the history of Athlinks, how he discovered a love of running, why he has never done an OCR race, his high-quality podcast, and so much more

15 % OFF SITEWIDE WITH CODE OCRUNLIMITED15